Three Dads and a Baby: Adventures in Modern Parenting 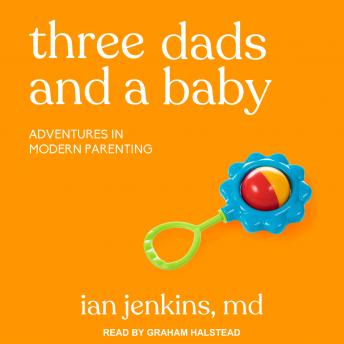 Families come in all forms, but parental love is universal . . .

As a closeted teen, Ian wondered if he would ever be able to live openly with a male partner. Years later, he had not one but two partners in a polyamorous Throuple-what more could he ask for? But something was still missing . . .

Join Ian and his partners, Alan and Jeremy, as they embark on a sometimes hilarious, sometimes tearful quest to become parents. They run the gauntlet: IVF failures, the threat of Zika virus, the urgent hunt for a new doctor, pregnancy-threatening bleeds, costly legal battles, and a reluctant superior court judge.

Ultimately the grace of women-embryo donors, their egg donor, their surrogate, even a surprise milk donor-allow them to complete their family with one perfect girl, and become the first polyamorous family ever named as the legal parents of a child.

Three Dads and a Baby: Adventures in Modern Parenting