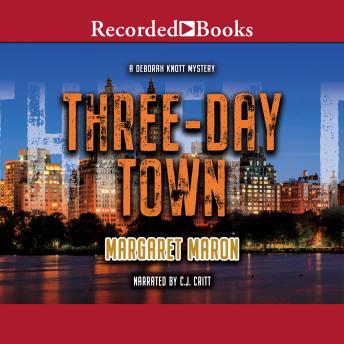 Judge Deborah Knott and Sheriff 's Deputy Dwight Bryant are on a train to New York, finally on a honeymoon after a year of marriage. January in New York might not be the perfect time to visit, but they'll take it. The trip is a Christmas present from Dwight's sister-in-law, who arranged for them to stay in an Upper West Side apartment for one week. While in New York, Deborah has been asked to deliver a package to Lt. Sigrid Harald of the NYPD. Sigrid offers to swing by the apartment to pick up the box, but when they reach the apartment, they discover that it is missing and the doorman has been murdered. Despite their best efforts to enjoy a blissful getaway, Deborah and Dwight soon find that they've teamed up with Sigrid and her team to catch the killer before he strikes again.