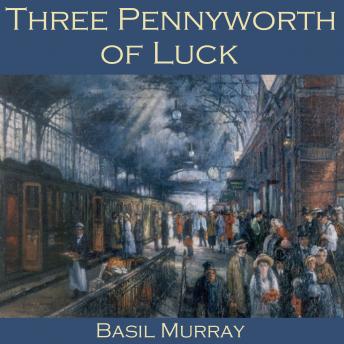 Basil Murray (1902 - 1937) was a prominent British journalist and prominent anti fascist during the Spanish civil war. Alongside his short stories, he was well known for his radio broadcasts from Valencia. He died in Spain, officially of pneumonia. According to a memoir by journalist Claud Cockburn, however, Murray was bitten to death by his pet ape while lying in a drunken stupor in a Valencia hotel.

'Three Pennyworth of Luck' is the story of a superstitious man who puts three coins in a penny in the slot fortune telling machine and becomes increasingly alarmed at the pronouncements of the mechanical soothsayer. But subsequent events start to shed terrifying light on the true meaning of the warnings....