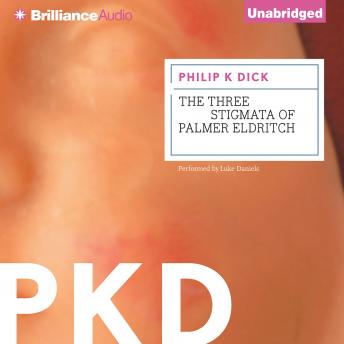 The Three Stigmata of Palmer Eldritch

On Mars, the harsh climate could make any colonist turn to drugs to escape a dead-end existence. Especially when the drug is Can-D, which transports its users into the idyllic world of a Barbie-esque character named Perky Pat. When the mysterious Palmer Eldritch arrives with a new drug called Chew-Z, he offers a more addictive experience, one that might bring the user closer to God. But in a world where everyone is tripping, no promises can be taken at face value.

This Nebula Award nominee is one of Philip K. Dick's enduring classics, at once a deep character study, a dark mystery, and a tightrope walk along the edge of reality and illusion.

This title is due for release on September 2, 2015
We'll send you an email as soon as it is available!