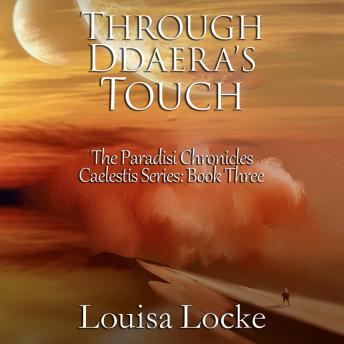 Ddaera, the planet the Founders from Earth call New Eden, changes all she touches, including Mei Lin, the studious daughter of a Founding Family, Silence, a sentient snow cat, and Jaxon, a man displaced by space and time. Can these three find common ground in order to save Ddaera and the people they have sworn to protect?

Through Ddaera's Touch, the third book in USA Today bestselling author Locke's Caelestis Series, is an exciting action-adventure novel that tells the story of the emergence of a Resistance Movement that begins to unite disaffected New Eden citizens, the native Ddaerans, and the Reachers, new arrivals from Earth, against the Founding Families of New Eden.

This title is due for release on December 10, 2018
We'll send you an email as soon as it is available!