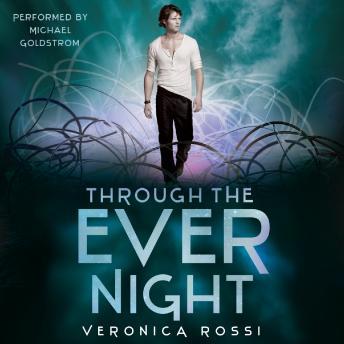 Through the Ever Night

A world-defying love is put to the ultimate test in the New York Times and USA Today bestselling sequel to Veronica Rossi's 'masterpiece,' Under the Never Sky (Examiner.com ). In this second book in her spellbinding Under the Never Sky trilogy, bestselling author Veronica Rossi combines fantasy and dystopian elements to create a love story as perilous as it is unforgettable.
It's been months since Aria last saw Perry. Months since Perry was named Blood Lord of the Tides, and Aria was charged with an impossible mission. Now, finally, they are about to be reunited. But their reunion is far from perfect. The Tides don't take kindly to Aria, a former Dweller. And with the worsening Aether storms threatening the tribe's precarious existence, Aria begins to fear that leaving Perry behind might be the only way to save them both.
Threatened by false friends and powerful temptations, Aria and Perry wonder, Can their love survive through the ever night?

Through the Ever Night