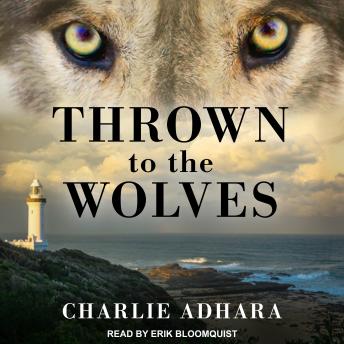 Thrown to the Wolves

Agent Cooper Dayton is going to meet his boyfriend's werewolf family. Unarmed. On their turf.

And he's bringing his cat.

When Agent Cooper Dayton agreed to attend the funeral for Oliver Park's grandfather, he didn't know what he was getting into. Turns out, the deceased was the alpha of the most powerful werewolf pack on the eastern seaboard. And his death is highly suspicious. Regardless, Cooper is determined to love and support Park the way Park has been there for him.

But Park left him woefully unprepared for the wolf pack politics and etiquette. Rival packs? A seating order at the dinner table? A mysterious figure named the Shepherd? The worst is that Park didn't tell his family one key thing about Cooper. Cooper feels two steps behind, and reticent Park is no help.

There are plenty of pack members eager to open up about Park and why Cooper is wrong for him. Their stories make Cooper wonder if he's holding Park back. But there's no time to get into it . . . as lethal tranquilizer darts start to fly, Cooper needs to solve the mystery of the alpha's death and fight for the man he loves-all before someone else dies.

Thrown to the Wolves