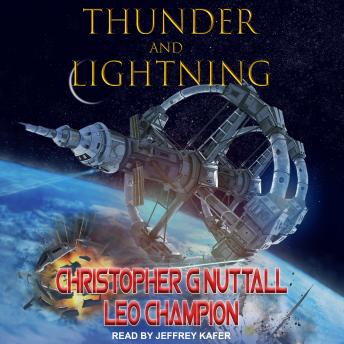 In the early twenty-second century, humanity has spread through the solar system-and their electromagnetic signals have traveled hundreds of light years. An alien race called the Oghaldzon has decided that mankind is dangerously insane . . . and must be forcibly taken under control.

The invasion fleet's technology is decades ahead of Earth's best. They have more ships than the human fleets combined, and a seemingly-inexhaustible number of ground troops. And they're not afraid to kill billions of people.

Humanity is outnumbered, outgunned, and divided. But they have a few cards left to play-and they're not going down without a fight.