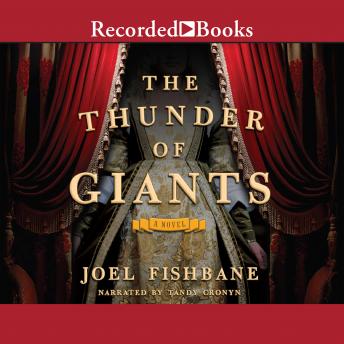 The Thunder of Giants

Mixing the eccentricity of the circus world and the heart of a love story, The Thunder of Giants is a warm and engaging debut about two exceptional women -- both almost 8-feet tall The year is 1937 and Andorra Kelsey - 7'11 and just under 320 pounds - is on her way to Hollywood to become a star. Hoping to escape both poverty and the ghost of her dead husband, she accepts an offer from the wily Rutherford Simone to star in a movie about the life of Anna Swan, the Nova Scotia giantess who toured the world in the 19th century. Thus, Anna Swan's story unfurls. Where Andorra is seen as a disgrace by an embarrassed family, Anna Swan is quickly celebrated for her unique size. Drawn to New York, Anna becomes a famed attraction at P.T. Barnum's American Museum even as she falls in love with Gavin Clarke, a veteran of the Civil War. Quickly disenchanted with a life of fame, Anna struggles to prove to Gavin - and the world - that she is more than the sum of her measurements. The Thunder of Giants blends fact and fiction in a sweeping narrative that spans nearly a hundred years. Against the backdrop of epic events, two extraordinary women become reluctant celebrities in the hopes of surviving a world too small to contain them.