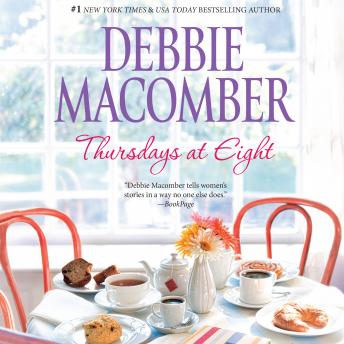 Thursday, 8:00 a.m. Mocha moments, breakfast club! Every week, these words appear in the calendars of four women. Every week, they meet for breakfast - and to talk, to share the truths they've discovered about their lives. To tell their stories. To offer each other encouragement and unfailing support. Clare has just been through a devastating and unexpected divorce. She's driven by anger and revenge - until she learns something about her ex-husband that forces her to question her own actions. Forces her to look deep inside for the forgiveness she's rejected...and the person she used to be. Elizabeth is a widow, in her late fifties, a successful professional. A woman who's determined not to waste another second of her life. And if that life should include romantic possibilities - well, why not? Karen is in her twenties, and she believes these should be the years for taking risks, reaching for your dreams. Her dream is to be an actor. Except that her parents think she should be more like her sister, the very conventional Victoria! Julia is turning forty this year. Her husband's career is established, her kids are finally in their teens and she's just started her own business. Everything's going according to schedule - until she discovers she's pregnant. That's not part of the plan. Thursdays at Eight A time to think about lives lived, choices made. A time for friends...