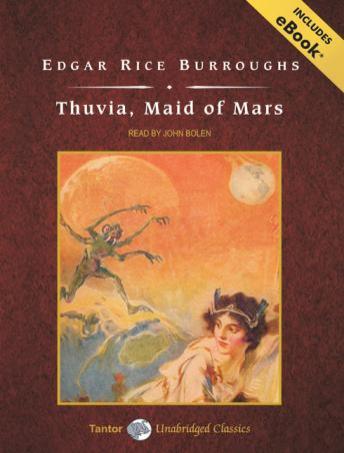 In this fourth novel of Edgar Rice Burroughs's popular Barsoom series, the focus shifts from John Carter, Warlord of Mars, and Dejah Thoris of Helium (protagonists of the first three books in the series) to their son, Carthoris, prince of Helium, and Thuvia, princess of Ptarth.

When Thuvia is abducted, blame is cast upon Carthoris. But both are innocent victims of the sinister Prince Astok of Dusar, whose lust for Thuvia brings all of Mars to the brink of war. Carthoris ends up following in his father's footsteps, fighting savage beasts and phantom armies as he rescues Thuvia and saves Barsoom from destruction.