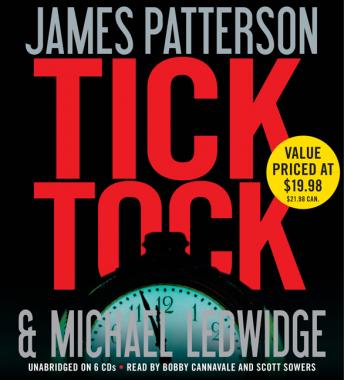 NYC's #1 detective, Michael Bennett, has a huge problem--the Son of Sam, the Werewolf of Wisteria and the Mad Bomber are all back. The city has never been more terrified!

A rash of horrifying crimes tears through the city, throwing it into complete chaos and terrorizing everyone living there. Immediately, it becomes clear that they are not the work of an amateur, but of a calculating, efficient, and deadly mastermind.

Tick--Michael Bennett is on the chase

The city calls on Detective Michael Bennett, pulling him away from a seaside retreat with his ten adopted children, his grandfather, and their beloved nanny, Mary Catherine. Not only does it tear apart their vacation, it leaves the entire family open to attack.

Bennett enlists the help of a former colleague, FBI Agent Emily Parker. As his affection for Emily grows into something stronger, his relationship with Mary Catherine takes an unexpected turn. All too soon, another appalling crime leads Bennett to a shocking discovery that exposes the killer's pattern and the earth-shattering enormity of his plan. From the creator of the #1 New York detective series comes the most volatile and most explosive Michael Bennett novel ever.

This title is due for release on January 24, 2011
We'll send you an email as soon as it is available!