The Ticking is the Bomb: A Memoir 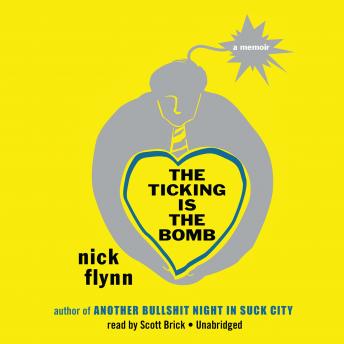 Bestselling author Nick Flynn delivers a dazzling, searing, and inventive memoir about becoming a father in the age of terror.
In 2007, as Flynn awaits his daughter’s birth, the release of the Abu Ghraib photographs exacerbates his already growing outrage and obsession with torture, leading him on a journey to Istanbul to meet some of the Iraqi men depicted in the photos. A memoir of profound self-discovery, Flynn’s book artfully interweaves passages from his childhood, his relationships with women, and his history of addiction into his dark questioning of terror, torture, and the political crimes we can neither see nor understand in post-9/11 American life. The time bomb of the title becomes an unlikely metaphor and vehicle for exploring the fears and joys of becoming a father as Flynn examines the need to run from love and the need to embrace it again.

Ticking is the Bomb: A Memoir