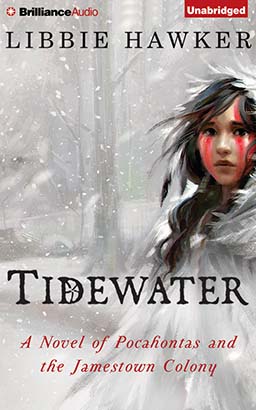 A new historical novel from the author of The Sekhmet Bed.

To the nation of Powhatan, it is Tsenacomoco, rightful home of the Real People. To England, it is Virginia Territory, fertile with promise, rich with silver and gold. Against the backdrop of this wild land, the fates of three unforgettable people collide:

An outcast among his own, despised for his low birth and his unchecked tongue, his is the only mind capable of solving the deadly puzzle of the wilderness. Smith knows the only hope for Jamestown Colony lies with the Powhatan people. He knows, too, that they would rather see the English starve than yield their homeland to invaders.

Disgraced and embittered, he sees in the English a chance to restore his reputation. He knows the invaders can be used to expand his brother's empire and improve the lives of the Real People. He knows, too, that such a tool can turn in the hand, and become a weapon pointed at the heart.

Though not of royal blood, she dreams of becoming a female chief. When the English build their fort on her father's land, she finds an opportunity to rise above her lowly station. But she is young, and doesn't understand the implications of the game she plays. When at last she realizes the English are a force beyond her control, she must choose between power and servitude - between self and sacrifice - for the sake of her people and her land.

Control of the Tidewater can only rest in one nation's hands. It is a conflict of desire and hatred, of friendship and fear, of stark ambition and desperate survival.