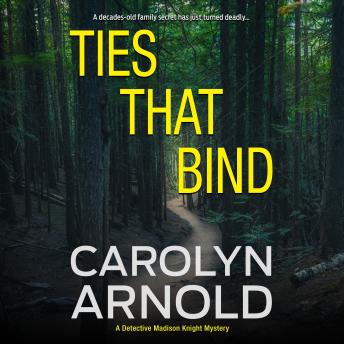 Three victims. One method. One motive.

Grab a badge and a gun and strap in for a ride that’s “full of suspense from the beginning to the end…” (Readers Abode). When dead bodies start piling up, Detective Madison Knight suspects that her city has a serial killer—but the quest for justice isn’t going to be an easy one. Everyone—including her own partner, her sergeant, and the police chief—are working against her.

“Arnold has written one of the best female cops that I’ve ever read… Madison is just one of those characters that will stay with you.” –Harlie’s Books

A woman is found strangled in her bed, and Detective Madison Knight doesn’t think it’s anything more than an isolated incident. But when another woman’s body is discovered in a park, killed with the same brand of neckties, she can’t ignore the similarities between the two murders. Still, it’s not until a third victim surfaces that Madison really starts to fear the worst: the city of Stiles just may have a serial killer.

Catching the murderer isn’t going to be easy, though. She’s facing pressure from the sergeant and the chief to close the case—even if it means putting an innocent man behind bars—and a partner who is more interested in saving his marriage than doing his job. If there’s justice to be had, Madison may have to go this alone.

Ties That Bind is a fast-paced crime novel with twists and turns you’ll never see coming. Perfect for fans of the police procedural genre. Uncover clues, follow leads, and catch a killer like thousands of readers have done before you. Buy this international bestselling book today and join the investigation!