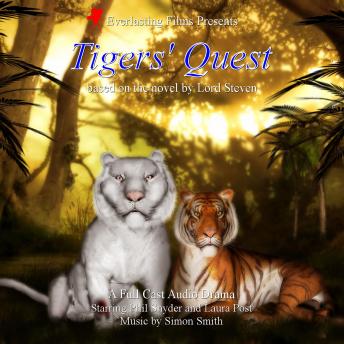 Deep in the jungles of India, nature lived as the Creator intended. Yes, there were those who were predator and those who were prey. But balance was maintained, and the symmetry of Life's plan would take your breath away.

Then Man came to the jungle.

Taking all and leaving nothing, this new King of the Beasts left naught but death and destruction in his wake. Jungles burned, fear took hold, and both the hunter and hunted died in what could only be called the Great Slaughter.

There were no more rainbows for anyone.

Tiggra and his mate, Clairese, two Royal Bengal tigers, must find a way to survive in this new world, a world where animalkind is swept aside by these ""killers"", or face the ultimate end for anyone who can not adapt...extinction.