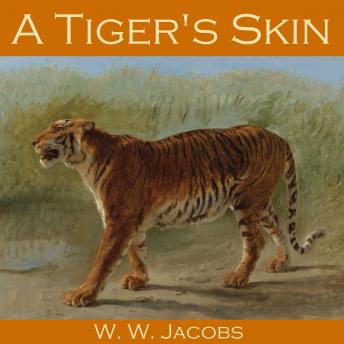 William Wymark Jacobs (1863 - 1943) was an English author of short stories and novels. Most of his works were either humorous tales or horror stories. Many of his popular tales are written in the cockney vernacular and are based either on the docks at Wapping, or in the bar of the infamous tavern The Cauliflower.

'A Tiger's Skin' is a tale narrated by the oldest regular at The Cauliflower. It is the story of the Claybury tiger...a beast which had apparently escaped from a travelling circus and terrorises the clientele of the Cauliflower and the rest of Claybury village.

Every night pigs, hens and ducks disappear from their owners' yards. But nobody has seen the tiger...until suddenly, in the space of a few days, nearly every resident seems to have an encounter with the Claybury tiger. Then old man Parsley rushes into the Cauliflower with the terrible news that he has seen the tiger going into Bob Pretty's cottage and the courage of the Claybury men is put to the test....