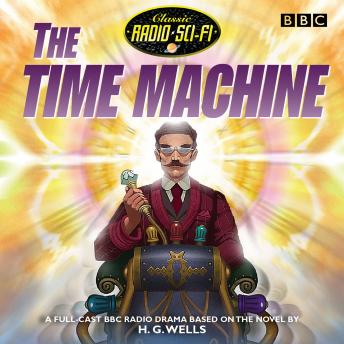 Wells' thrilling story of an inventor who travels in time and discovers a nightmarish dystopian future has been adapted several times for TV and film. This first ever UK radio adaptation, starring Robert Glenister as the Time Traveller and William Gaunt as H. G. Wells, brings Wells' fascinating ideas and extraordinary visions to vivid life. It opens in 1943, when Wells is recording a talk for the Home Service in which he questions mankind's future. After the broadcast, he spends the evening with American journalist Martha, and tells her the astonishing news that his bestselling book The Time Machine was not fantasy but fact. Wells explains that he was actually present at the dinner party in Richmond fifty years earlier, when the Time Traveller returned from his first fateful journey into the future. He reveals to Martha the full story of the Time Traveller's encounter with the Eloi and the Morlocks - and what really happened to him afterwards...