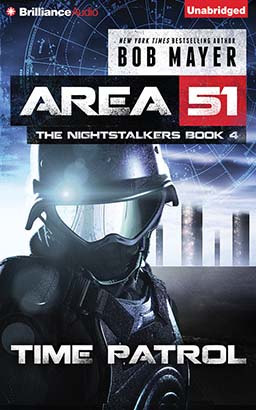 Hidden deep beneath the Metropolitan Museum of Art is the Time Patrol, a secret agency charged with protecting the world’s timeline from the evil forces who wish to alter it. When the Patrol disappears without a trace, only twelve short hours are left before all life on Earth ceases to exist.

Enter: the Nightstalkers. Summoned to find the Time Patrol, the Nightstalkers’ elite covert operatives begin to notice rifts in their own worlds. And when they realize one of their colleagues has vanished into thin air, the mission gets personal.

From battling krakens and Valkyries to breaching the mythical Bermuda Triangle, the Nightstalkers must risk everything to defeat the malicious forces manipulating time itself. But if they lose, it won’t just mean the end of the world—it will mean the total destruction of the past, the present, and the future.