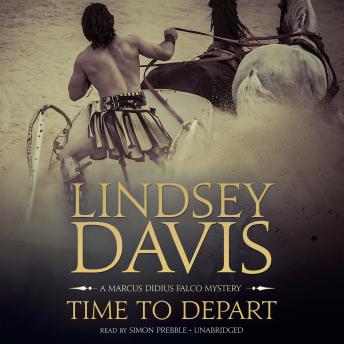 #7 of The Marcus Didius Falco Mysteries

Balbinus Pius, the most notorious gangster in Emperor Vespasian’s Rome, has been convicted of a capital crime at last. A quirk of Roman law, however, allows citizens condemned to death “time to depart” and find exile outside the empire. Now, as every hoodlum in Rome scrambles to take over Balbinus’ operations, private eye Marcus Didius Falco has to deal with an unprecedented wave of crime—and the sneaking suspicion that Balbinus’ exile may not really be so permanent after all.