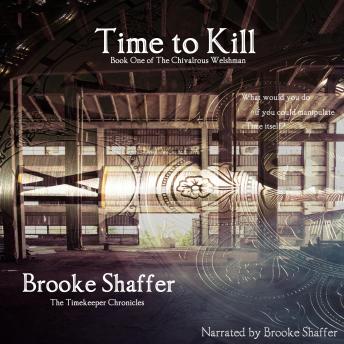 #1 of The Chivalrous Welshman

Tommen Forbes is basically your average sixteen year old: hates school, likes girls, desperate to get his license so he doesn't have to be stuck at home. Oh, and he's really a hundred and sixty years old with the ability to bend Time, to make it go faster or slower at will.

His dad, Homicide Detective Walter Forbes, also has this ability. They are called Timekeepers. They answer to the Hands of Time and are charged with protecting Time itself from criminal Runners.

When women start turning up dead, all the evidence points to Runner involvement. As Walter digs deeper, he discovers that their killer is no ordinary Runner; he's a notorious hired hitman with a sickening lust for death. Worse, his Time abilities far supersede anything Walter or Tommen is capable of.

When the killer turns his sights on the father and son, it becomes a race against time to bring this menace to heel.