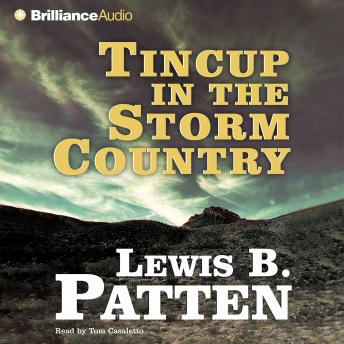 Tincup in the Storm Country

Written By: Lewis B. Patten

The Tincup cattle ranch, owned by Raoul Joliffe and his son Mart, is in the high ranges of the Colorado storm country near the Utah border. Trouble starts when Utah sheep rancher John Robineau moves his sheep herd onto Tincup's graze. In the end Robineau's sheep were killed but no human blood was shed. Mart Joliffe feels badly about the slaughter, even if Tincup was in the right, and feels a sense of guilt over what happened. Yet this is only the first of several ordeals for Mart. Mart also appears to be unlucky in love, for Rose, the girl he asks to marry him, rejects him and disappears. And Rose's father hates him enough to send a gunfighter after him. Mart is wounded and is nursed back to health by a pretty newcomer, Lucille Roberts. Mart is soon attracted to her and they marry. But the day after they wed, Mart realizes he has entered into a cold, empty union with a woman who has good reason to hate him. The answers to the burning questions that plague Mart - Why did his first love flee? Why did her father hate him so? Why did Lucille conspire to enter into a loveless marriage? - become clear as the Tincup range enters the storm season.

Tincup in the Storm Country

by Lewis B. Patten

This title is due for release on January 25, 2008
We'll send you an email as soon as it is available!