Titanic, The Voices From The BBC Archive 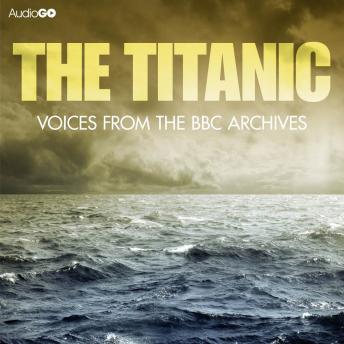 The RMS Titanic sailed from Southampton en route for New York on her maiden voyage with 2228 passengers and crew on board. On the 14th April at twenty minutes before midnight, sailing at almost full speed, she struck an iceberg and sank in just two and a half hours. Over 1500 lives were lost. This is the story of a great tragedy described by the surviving passengers, officers and crew who were on board that night. Firsthand accounts help to explain why so few of the passengers took to the lifeboats and later describe the miraculous survival of those forced to jump into the icy waters of the North Atlantic. The story of the Titanic is ultimately one of simple human loss and these laconic Edwardian voices bring it vividly to life. The hold that these events have on our imagination is as strong now as it ever has been in the 100 years since the great ship went down.

Titanic, The Voices From The BBC Archive