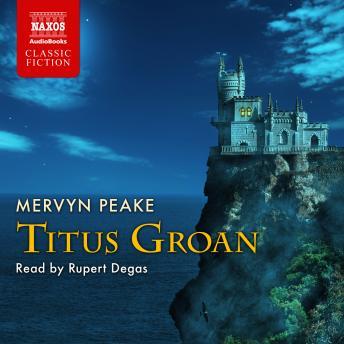 Deep in the labyrinthine corridors of Gormenghast Castle, a child is born. Titus, 77th Earl of Groan, is heir to arcane and all-embracing rituals that determine the activities of everyone from Lord Sepulchrave, his father, to the vast cook, Swelter, and the irrepressible Dr Prunesquallor. But not the steely and devious Steerpike, who will lie, cheat and even murder to get on. One of the greatest feats of sustained imaginative writing, the world of Gormenghast Castle is brilliantly realised in this darkly fantastic novel. Its rich description and vivid characters make it one of the most enduringly popular works of the 20th century.