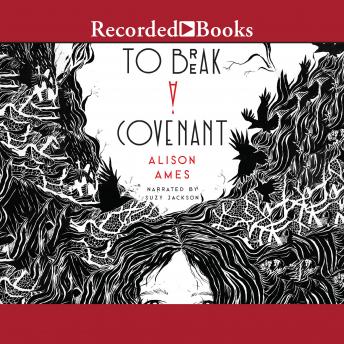 To Break a Covenant

After a mining explosion coated Moon Basin in ash, residents moved just outside the uninhabitable zone and set up a new settlement in the mine's shadow. Now, the New Basin relies on its haunted reputation to bring in tourists, but there’s
more truth to the rumors than most are willing to admit.

Lifelong New Basin residents Clem and Nina form a perfect loop—best friends forever, and perhaps something more. Their circle opens up for Lisey, an otherworldly girl with a knack for training crows; and new arrival Piper, whose dad
has been contracted to stabilize the mine. But the more time Piper’s dad spends down in the sweltering darkness, the more erratic his behavior becomes. He’s seeing things and hearing voices. Dirt clings to his skin, as if the mine is refusing to
let go. It’s up to Clem, Nina, Lisey, and Piper to break the mysterious hold the mine has on him. But the only way to do that is to enter the mine themselves.