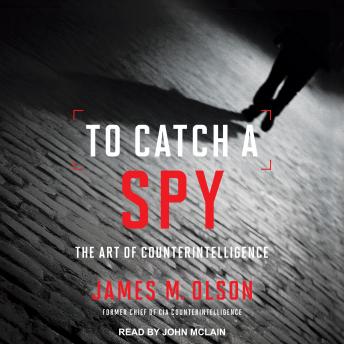 To Catch a Spy: The Art of Counterintelligence

The United States is losing the counterintelligence war. Foreign intelligence services, particularly those of China, Russia, and Cuba, are recruiting spies in our midst and stealing our secrets and cutting-edge technologies.

In To Catch a Spy: The Art of Counterintelligence, James M. Olson, former chief of CIA counterintelligence, offers a wake-up call for the American public and also a guide for how our country can do a better job of protecting its national security and trade secrets. Olson takes the listener into the arcane world of counterintelligence as he lived it during his thirty-year career in the CIA.