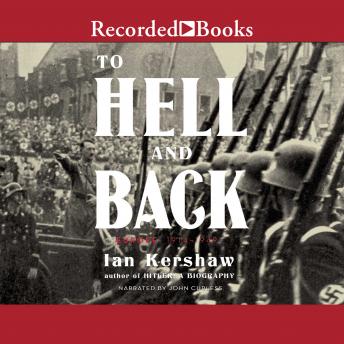 The Penguin History of Europe series reaches the twentieth century with acclaimed scholar Ian Kershaw's long-anticipated analysis of the pivotal years of World War I and World War II The European catastrophe, the long continuous period from 1914 to1949, was unprecedented in human history-an extraordinarily dramatic, often traumatic, and endlessly fascinating period of upheaval and transformation. This new volume in the Penguin History of Europe series offers comprehensive coverage of this tumultuous era. Beginning with the outbreak of World War I through the rise of Hitler and the aftermath of the Second World War, award-winning British historian Ian Kershaw combines his characteristic original scholarship and gripping prose as he profiles the key decision makers and the violent shocks of war as they affected the entire European continent and radically altered the course of European history. Kershaw identifies four major causes for this catastrophe: an explosion of ethnic-racist nationalism, bitter and irreconcilable demands for territorial revisionism, acute class conflict given concrete focus through the Bolshevik Revolution, and a protracted crisis of capitalism. Incisive, brilliantly written, and filled with penetrating insights, To Hell and Back offers an indispensable study of a period in European history whose effects are still being felt today.