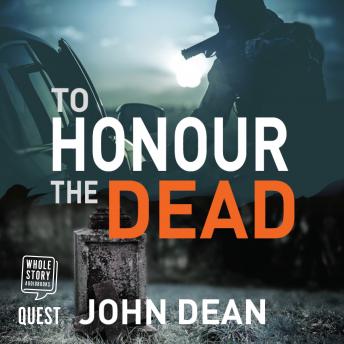 Are the defacing of a town's war memorial and the death of a WWII veteran connected? DCI Jack Harris investigates.

The small town of Levton Bridge is beset by a spate of vandalism against its war memorials. Uniformed police believe it is just kids, but DCI Jack Harris is not so sure. And when a local WWII veteran is found brutally murdered, his suspicions are confirmed. With anti-war activists causing trouble in the lead up to Remembrance Sunday, top brass want the case wrapped up to avoid further bad publicity. But the obvious suspects have strong alibis and Harris' instincts tell him there is something serious afoot. The wildlife-loving detective is increasingly exasperated. Preferring his beloved dogs to his colleagues and having little patience for humans in general, Harris becomes more aggressive and unforgiving as the murder investigation fails to progress. Someone in the town knows something, but the clues point to outside the region. Will a return to Harris' old stomping ground of Manchester help him finger the murderer? Or will the investigation draw a blank and Harris blow a fuse that will get him fired.