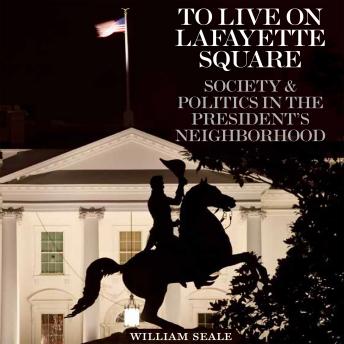 To Live on Lafayette Square: Society and Politics in the President's Neighborhood

Lafayette Square, just across Pennsylvania Avenue from the White House, was once the most fashionable neighborhood in Washington. In its row houses and mansions lived cabinet secretaries, members of Congress, and many of the most memorable characters in the history of the nation. Presidents casually walked across the park in the middle of the Square to visit and talk politics with their neighbors. As in any neighborhood, there were friendships and romances, secrets and scandals. Eventually the old houses were allocated to other uses and plans were made to demolish them all until, in the early 1960s, President and Mrs. John F. Kennedy, new residents in the White House, prevailed-they were determined to preserve them.

To Live on Lafayette Square: Society and Politics in the President's Neighborhood

This title is due for release on August 7, 2019
We'll send you an email as soon as it is available!