To See Every Bird on Earth: A Father, a Son, and a Lifelong Obsession 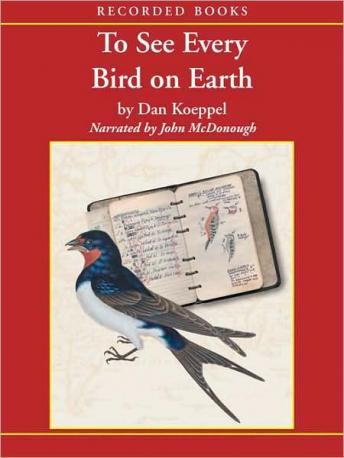 Richard Koeppel's obsession began at age twelve, in Queens, New York, when he first spotted a Brown Thrasher, and jotted the sighting in a notebook. Several decades, one failed marriage, and two sons later, he set out to see every bird on earth, becoming a member of a subculture of competitive bird watchers worldwide all pursuing the same goal. Over twenty-five years, he collected over seven thousand species, becoming one of about ten people ever to do so. To See Every Bird on Earth explores the thrill of this chase, a crusade at the expense of all else-for the sake of making a check in a notebook. A riveting glimpse into a fascinating subculture, the book traces the love, loss, and reconnection between a father and son, and explains why birds are so critical to the human search for our place in the world.

To See Every Bird on Earth: A Father, a Son, and a Lifelong Obsession