To Tempt A Rebel 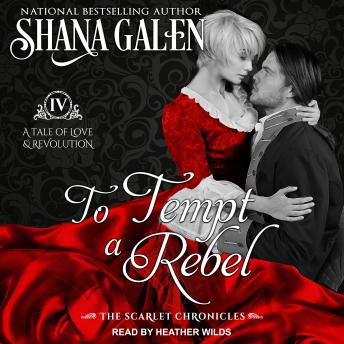 When Tristan Chevalier joined the French revolutionaries to fight for brotherhood, equality, and liberty, he was full of hopes and dreams of what the revolution could accomplish. But after several years of serving as the bloodthirsty Robespierre's second, Tristan is having doubts. When Tristan tries to halt Robespierre's Reign of Terror, he inadvertently steps into a trap laid by the League of the Scarlet Pimpernel and orchestrated by the lovely Alexandra Martin. Tristan is no one's pawn, but he thinks by playing along, he might be able to give his superiors information leading to the capture of the League. He could end the Pimpernel's antics once and for all. There's just one problem-no matter how much Tristan despises Alexandra, he can't quite stop wanting her.


Alexandra Martin is an Englishwoman who's has been playing the part of a French actress for years. It's a clever cover for her real role as a member of the League of the Scarlet Pimpernel. Alex usually works in the background, but when she manages to snare one of the most important men in Robespierre's government, she's risking it all. So begins a harrowing adventure where Alex's most vile enemy must become her most trusted ally.

To Tempt A Rebel