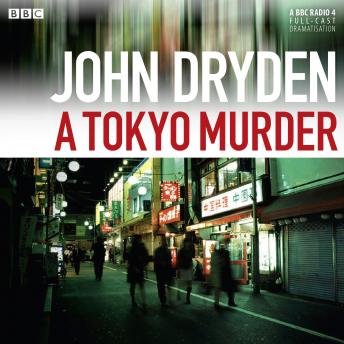 Three dramas surrounding the murder of a young teacher in Japan. Part 1: 'The Parents': Jennifer and Peter Whitelock arrive in Japan to help find their daughte's murderer. Frustrated with the progress of the police investigation, Peter puts his trust in TV producer Norio Ito, who promises to champion their cause on his popular 'news and entertainment' show, while Jennifer tries to discover what her daughter's life in Tokyo was like... Then she starts getting calls from a man claiming to be the killer. Part 2: 'The Detective': Detective Inspector Julie Hill is sent to Tokyo to investigate the disappearance of British teacher Daisy Whitelock. Working with the Tokyo police, who are reluctant to have a foreign police officer interfering with the case, she has to overcome cultural and bureaucratic obstacles as she attempts to untangle what really happened at the foreign language school Daisy taught at. Part 3: 'The Daughter': Daisy Whitelock arrives in Japan to teach English at a foreign language school in Tokyo. Her desire to scratch beneath the surface of Japanese society leads her to shun the companionship of the other ex-pat teachers in her shared apartment, and exposes her to the terrifying reality of a disturbed mind. The production was recorded in Tokyo, Japan. Directed by John Dryden.