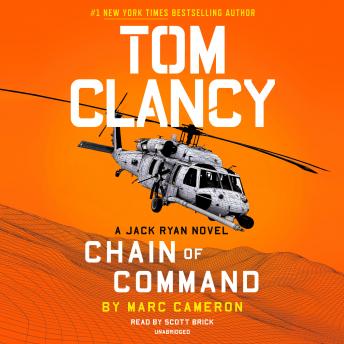 The United States has stared down many threats with President Jack Ryan at the helm, but what if he’s not there when we need him? That’s the question facing a nation in the most shocking entry in Tom Clancy's #1 New York Times bestselling series.

A shadowy billionaire uses his fortune to further his corrupt ambitions. Along the way, he’s toppled democratically elected governments and exacerbated divisions within stable nations. The competitors he’s destroyed, the people he’s hurt, they’re all just marks on a ledger. Now, he’s ready to implement his most ambitious plan of all. There’s only one force standing in his way—President Jack Ryan.

How do you compel a man like Jack Ryan to bend? He’s personally faced down everything from the Russian navy to cartel killers. It will take more than political headwinds or media disfavor to cause him to turn from his duty to the American people, but every man has an Achilles heel. Jack Ryan’s is his family.

The answer is as simple as it is shocking. The billionaire has assembled an international team of the most ruthless mercenaries alive. Their mission—kidnap the First Lady.