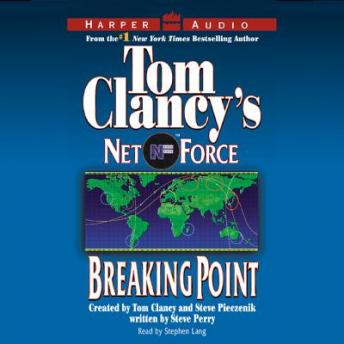 In the year 2010, computers are the new superpowers. Those who control them control the world. To enforce the Net Laws, Congress creates the ultimate computer security agency within the FBI: the Net Force.

Reeling from a shattered personal life, Net Force Commander Alex Michaels is informed that top secret information from a joint Air Force-Navy venture has been accessed and downloaded. The research involves an atmospheric weapon with the capability to drive half a country into madness using low frequency wave generation. Now the technology has fallen into the wrong hands -- and testing has begun...

A powerful examination of America's defense and intelligence systems of the future, Tom Clancy's Net Force TM is the creation of Tom Clancy and Steve Pieczenik.