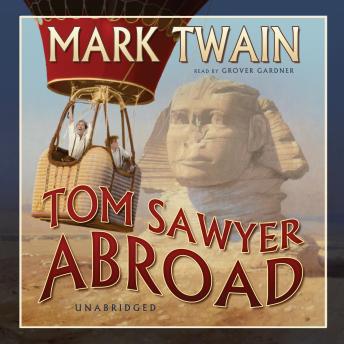 The irrepressible Tom Sawyer and Huck Finn, always looking for trouble, find it again in Tom Sawyer Abroad, Twain’s once-celebrated but now little-known sequel to his classics The Adventures of Tom Sawyer and The Adventures of Huckleberry Finn.
Tom and Huck have both ranged the length of the Mississippi, but, as Huck declares, “Do you reckon Tom Sawyer was satisfied after all them adventures?…No, he wasn’t. It only just pisoned him for more.” So the two boys head off to see the unveiling of a futuristic airship—only to be kidnapped by its mad inventor! But when the inventor goes overboard in a storm, it’s up to Tom and Huck to take control of the airship as it heads out over the seething ocean toward the unknown. Yonder they will encounter robbers, lions, Bedouins, and the perils of the Sahara in their very own Arabian adventure.