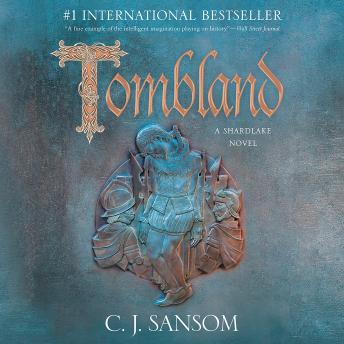 During the political upheaval of Tudor-era England, the lawyer Matthew Shardlake must decide where his loyalties lie in 'one of the best ongoing mystery series' for fans of Hilary Mantel (Christian Science Monitor).

LONGLISTED FOR THE SIR WALTER SCOTT PRIZE FOR HISTORICAL FICTION
Spring, 1549. Two years after the death of Henry VIII, England is sliding into chaos.
The nominal king, Edward VI, is eleven years old. His uncle, Edward Seymour, Lord Hertford, rules as Edward's regent and Protector. In the kingdom, radical Protestants are driving the old religion into extinction, while the Protector's prolonged war with Scotland has led to hyperinflation and economic collapse. Rebellion is stirring among the peasantry.
Matthew Shardlake has been working as a lawyer in the service of Henry's younger daughter, the lady Elizabeth. The gruesome murder of one of Elizabeth's distant relations, rumored to be politically murdered, draws Shardlake and his companion Nicholas to the lady's summer estate, where a second murder is committed.
As the kingdom explodes into rebellion, Nicholas is imprisoned for his loyalty, and Shardlake must decide where his loyalties lie -- with his kingdom, or with his lady?