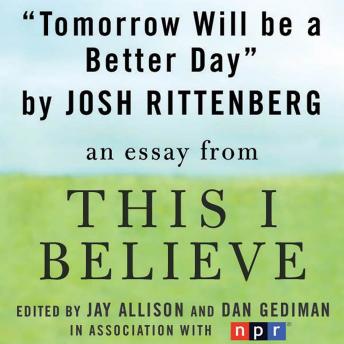 Tomorrow Will be a Better Day: A 'This I Believe' Essay

Teenager Josh Rittenberg contemplates the past his ancestors overcome and the future his generation faces in 'Tomorrow Will Be a Better Day,' his contribution to NPR’s This I Believe series.