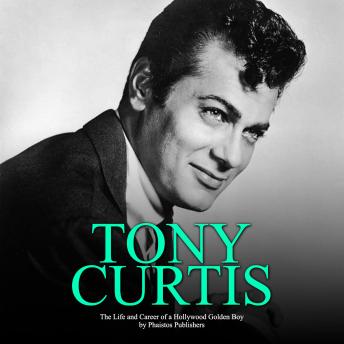 Tony Curtis: The Life and Career of a Hollywood Golden Boy

“Shining shoes as a boy, shining on-screen as a star, shining even among the blinding bright lights of Las Vegas that became his adopted home, Tony Curtis was never less than a megawatt personality, one that always seemed lit by a childlike glow of wonderment.”

Curtis appeared in more than 100 movies, dozens of television series, and on countless talk, variety, and game shows, but despite a prolific career spanning six decades in the ficklest business of all, Curtis could never shake the feeling that he was on the outside looking in. He always had a beautiful woman at his side, but he had trouble committing to one. He mingled with the movers and shakers in the realms of entertainment and politics, but when his phone inevitably stopped ringing, he fell hard into drug and alcohol abuse. He fathered six children, but when his end neared, he bequeathed them nothing.

This book profiles how Curtis climbed from the darkest depths of poverty, reached Hollywood’s dizzying heights of fame and fortune, and clung to his pedestal through five marriages, drug, alcohol, and sex addiction, and the tragic death of a son.