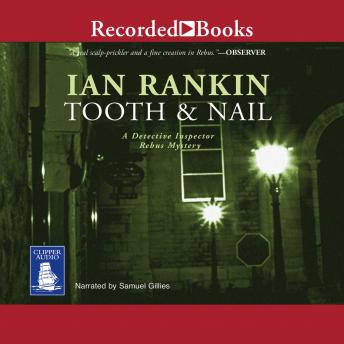 John Rebus is on a train from Edinburgh to London, where he has been drafted for his expertise in the modus operandi of serial killers. The Wolfman could be his toughest case yet--a serial killer named by the press due to a terrifying trademark of taking a bite from each victim. His Scotland Yard opposite number, George Flight, isn't too happy at yet another interference in the investigation--especially from an upstart jock hounding him at every turn. So when Rebus is offered a psychological profile of the murderer by an attractive lady psychologist, he is happy to accept. But in finding an ally, he may have given his enemies an easy means of attack.

This title is due for release on February 25, 2008
We'll send you an email as soon as it is available!