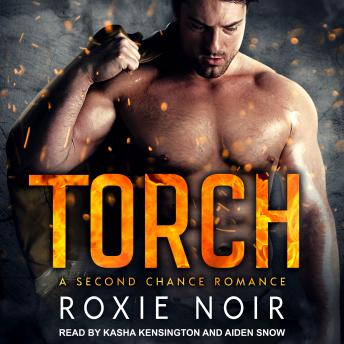 Fighting wildfires is dangerous as hell, but it's still the best damn job in the world. And women? They practically line up to slide down my pole.

I never did like repeating myself. Not since she broke my heart into a thousand pieces, anyway.

Clementine's that ex. The one I haven't seen in eight years. The one I thought I was going to marry until she dumped my ass while I was on active duty in Afghanistan. The one who's suddenly next door when my crew has a few days off in her tiny town, and who's impossible to ignore.

Hunter and I were over a long, long time ago, and there was a good reason why. Actually, there were a hundred good reasons, and I remember them all. Until he shows up in my town, eight years older and ten times hotter. He's left the Marines to become a wildlands firefighter. He's rugged, hardened, dangerous, and he looks at me just like he used to. He makes me laugh just like he used to. But I know better than to think that people like Hunter change. I don't care how badly I want him, I'm not going down that road again.