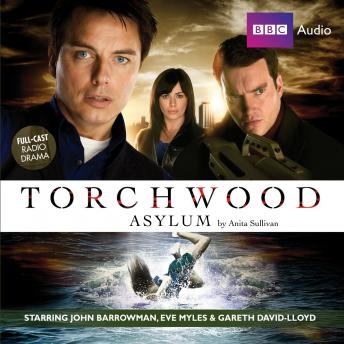 When PC Andy Davidson arrests a young girl for shoplifting, he thinks it’s going to be a routine case. That is, until he sees that she is carrying a gun. The girl is soaking wet, covered in mud, and the weapon is like nothing he’s ever seen before. He knows that this is a case for Torchwood... The team discovers that the girl is called Freda, but can find out nothing else. Yet when she speaks, it’s a strange mix of English and Icelandic, but with a Cardiff accent. While Jack and Ianto check out the girl’s weapon and her blood sample at the Hub, Gwen and PC Andy take Freda to a safe house. But when Jack calls with the results – and Freda goes on the run – PC Andy finds his world turning upside down. Written specially for BBC Radio by Anita Sullivan, Asylum stars John Barrowman as Captain Jack Harkness, Eve Myles as Gwen Cooper, Gareth David-Lloyd as Ianto Jones and Tom Price as PC Andy Davidson. Contains adult themes and language.