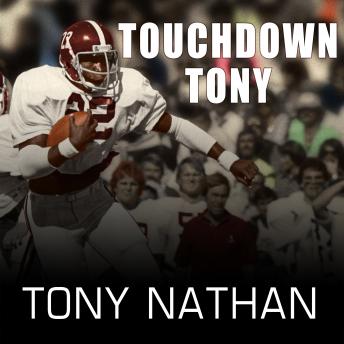 When Tony Nathan got his hands on a football, it was like Superman putting on his cape for the first time. He stepped onto the field and became a different person-a hero destined to change the course of Alabama history. Somehow, when he held a football, he knew exactly what to do, and it was those instincts that helped him navigate life in one of the most tumultuous cities in America.

In this powerful memoir, Tony reveals how he summoned the courage to 'run with purpose' during the times when racial tensions ran high as he grew from a boy trapped by the racial divide in Birmingham, Alabama, into a successful man and football hero. Inspirational and uplifting, Touchdown Tony is not only a behind-the-scenes look at a great football player's life and career, it is also a story of redemption and one man's hope to change the future.

This title is due for release on October 12, 2015
We'll send you an email as soon as it is available!