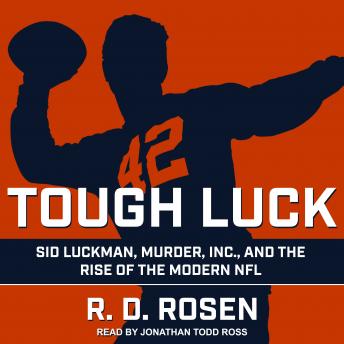 Tough Luck: Sid Luckman, Murder, Inc., and the Rise of the Modern NFL

In the long annals of sports and crime, no story compares to the one that engulfed the Luckman family in 1935. As eighteen-year-old Sid Luckman made headlines across New York City for his high school football exploits at Erasmus Hall High School in Brooklyn, his father, Meyer Luckman, was making headlines in the same papers for a very different reason: the gangland murder of his own brother-in-law. Amazingly, when Sid became a star at Columbia and a Hall of Fame NFL quarterback in Chicago, all of it while Meyer Luckman served twenty-years-to-life in Sing Sing Prison, the connection between sports celebrity son and mobster father was studiously ignored by the press and ultimately overlooked for eight decades.