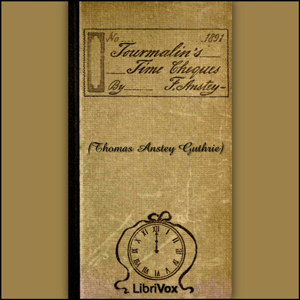 Peter Tourmalin is on a sea voyage back home to England from Australia, to return to his fiancee, and he is very bored. The fact that the time difference adds on extra hours to his boredom only makes it worse. So when he gets a unique opportunity to deposit his spare time into an account with the "Anglo-Australian Joint Stock Time Bank, Limited" he doesn't hesitate for long. By opening this account, he doesn't have to spend his spare time right away, but can withdraw it at any future date, when he wants a break. All he has to do is present a time cheque to any clock, and he is immediately brought back aboard ship to spend the time withdrawn.

Sounds perfect? Peter certainly thinks so, when on a dreary November morning in London, a little tired with his exacting fiancee, he presents his first cheque and gets to spend a sunny quarter of an hour aboard ship. However, things get complicated when it turns out the time withdrawn isn't in consecutive installments, but all mixed up, leaving Peter often with no clue of any preliminaries or his relationship with the person he finds himself with. Since he is almost always dropped in the middle of a conversation this can be tricky - especially since his encounters include tete-a-tetes with not one but two beautiful young ladies (never at the same time of course!)... And things only get more and more complicated... (Summary by Anna Simon)

F. Anstey was a pseudonym of Thomas Anstey Guthrie.