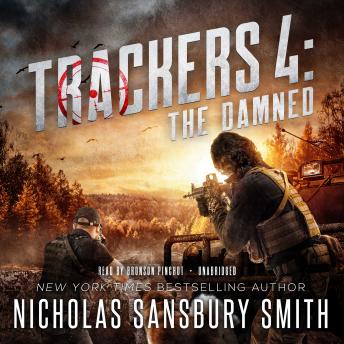 The mountain town of Estes Park, Colorado is scrambling to recover from the betrayal of two of their police officers, and prepare for threats outside their borders. But with Chief of Police Marcus Colton imprisoned by rival Sheriff Mike Thompson, the job to protect the isolated town is left to Sam ‘Raven’ Spears and newly promoted Captain Lindsey Plymouth. They will do everything they can to bring Colton home, and save their citizens, but one thing is certain: a war is coming to Estes Park, and no one will be spared from the horrors.

Across the country, Secretary of Defense Charlize Montgomery continues to lead recovery efforts in the wake of the arriving Chinese workers and soldiers. But the threat of foreign soldiers on American soil isn’t the only problem—the Sons of Liberty and other domestic terrorist groups continue to rise to power, enacting a wave of violence, and chaos that threatens to derail the recovery efforts.

Will Raven, Colton, and Charlize save the United States from collapse? One thing is certain—they won’t be able to save everyone. Not with their humanity still intact.