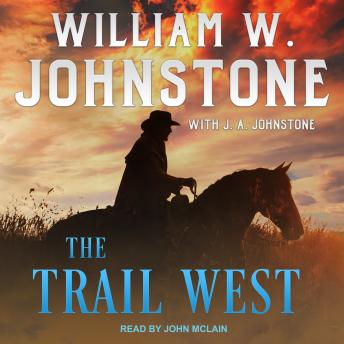 In 1848, Dooley Monahan, son of struggling Iowa pioneers, went off to to pick up a new milk cow. Young Dooley never came home. Now, nearly three decades later, Dooley Monahan has become an accidental legend, managing to plant a bullet in the chest of a dangerous outlaw. All Dooley really wants is to claim his reward at a bank in Phoenix and make his way north to a gold strike he read about in a newspaper. But fate has other plans. It starts with a family slaughtered by Apaches, a dog smarter than most humans Dooley knows, and a girl with a wounded soul. And the blood-hungry brothers of the outlaw Dooley killed will not give up their pursuit until they've avenged his death.

The farther Dooley tries to head north, destiny pushes him west. His trail is populated by strange friends and dangerous enemies, strewn with bad luck and bad blood-and frequently interrupted by sudden storms of gunfire.