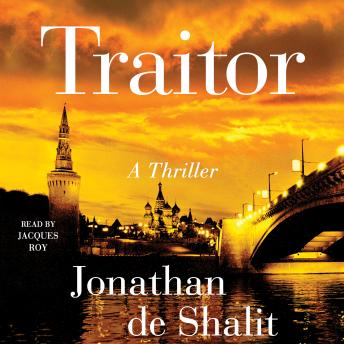 In the exhilarating tradition of I Am Pilgrim comes a sprawling, international high-stakes thriller that pits the intelligence of one man against one of the most successful spies ever to operate against American interests—“one of 2018’s hottest debuts!” (The Real Book Spy).

When a young Israeli walks into an American embassy and offers to betray his country for money and power, he has no idea that the CIA agent interviewing him is a Russian mole. Years later, the Israeli has risen in the ranks to become a trusted advisor to Israel’s prime minister and throughout his career, he’s been forced to share everything with the Kremlin.

Now, however, a hint that there may be a traitor in the highest realms of power has slipped out and a top-secret team is put together to hunt him down. The chase leads the team from the streets of Tel Aviv to deep inside the Russian zone and, finally, to the United States, where a most unique spymaster is revealed. The final showdown—between the traitor and the betrayed—can only be resolved by an act of utter treachery that could have far-reaching and devastating consequences for all of humanity.