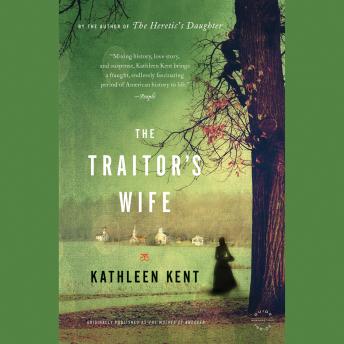 The Traitor's Wife: A Novel

This novel was originally published under the title The Wolves of Andover.
In the harsh wilderness of colonial Massachusetts, Martha Allen works as a servant in her cousin's household, taking charge and locking wills with everyone. Thomas Carrier labors for the family and is known both for his immense strength and size and his mysterious past. The two begin a courtship that suits their independent natures, with Thomas slowly revealing the story of the role he played in the English Civil War. But in the rugged new world they inhabit, danger is ever present, whether it be from the assassins sent from London to kill the executioner of Charles I or the wolves-in many forms-who hunt for blood. At once a love story and a tale of courage, The Traitor's Wife confirms Kathleen Kent's ability to craft powerful stories from the dramatic background of America's earliest days.