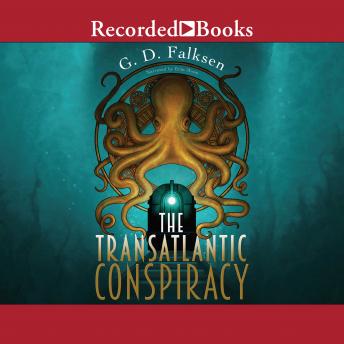 The year is 1908. Seventeen-year-old Rosalind Wallace's blissful stay in England with her best friend, Cecily de Vere, has come to an abrupt end, which is fine with Rosalind. She was getting tired of being high society Cecily's American 'pet.' Her industrialist father is unveiling his fabulous new Transatlantic Express, the world's first underwater railway. As a publicity stunt he has booked her on the maiden voyage-without asking. Rosalind is furious. But lucky for her, Cecily and her handsome older brother, Charles, volunteer to accompany her home. Fun turns to worry when Charles disappears during boarding. Then, deep under the sea, Cecily and her housemaid, Doris, are found stabbed to death in their state room. Rosalind is now trapped on Father's train-fighting to clear herself of her friend's murder, to find the killer, and ultimately to uncover the sinister truth behind the railway's construction.