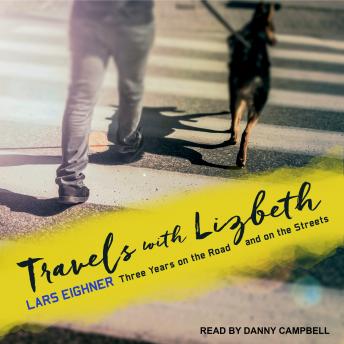 Travels with Lizbeth: Three Years on the Road and on the Streets

When Travels with Lizbeth was first published in 1993, it was proclaimed an instant classic. Lars Eighner's account of his descent into homelessness and his adventures on the streets has moved, charmed, and amused generations of readers. As Lars wrote, 'When I began writing this account I was living under a shower curtain in a stand of bamboo in a public park. I did not undertake to write about homelessness, but wrote what I knew, as an artist paints a still life, not because he is especially fond of fruit, but because the subject is readily at hand.'

Containing the widely anthologized essay 'On Dumpster Diving,' Travels with Lizbeth is a beautifully written account of one man's experience of homelessness, a story of physical survival, and the triumph of the artistic spirit in the face of enormous adversity. In his unique voice-dry, disciplined, poignant, comic-Eighner celebrates the companionship of his dog, Lizbeth, and recounts their ongoing struggle to survive on the streets of Austin, Texas, and hitchhiking along the highways to Southern California and back.